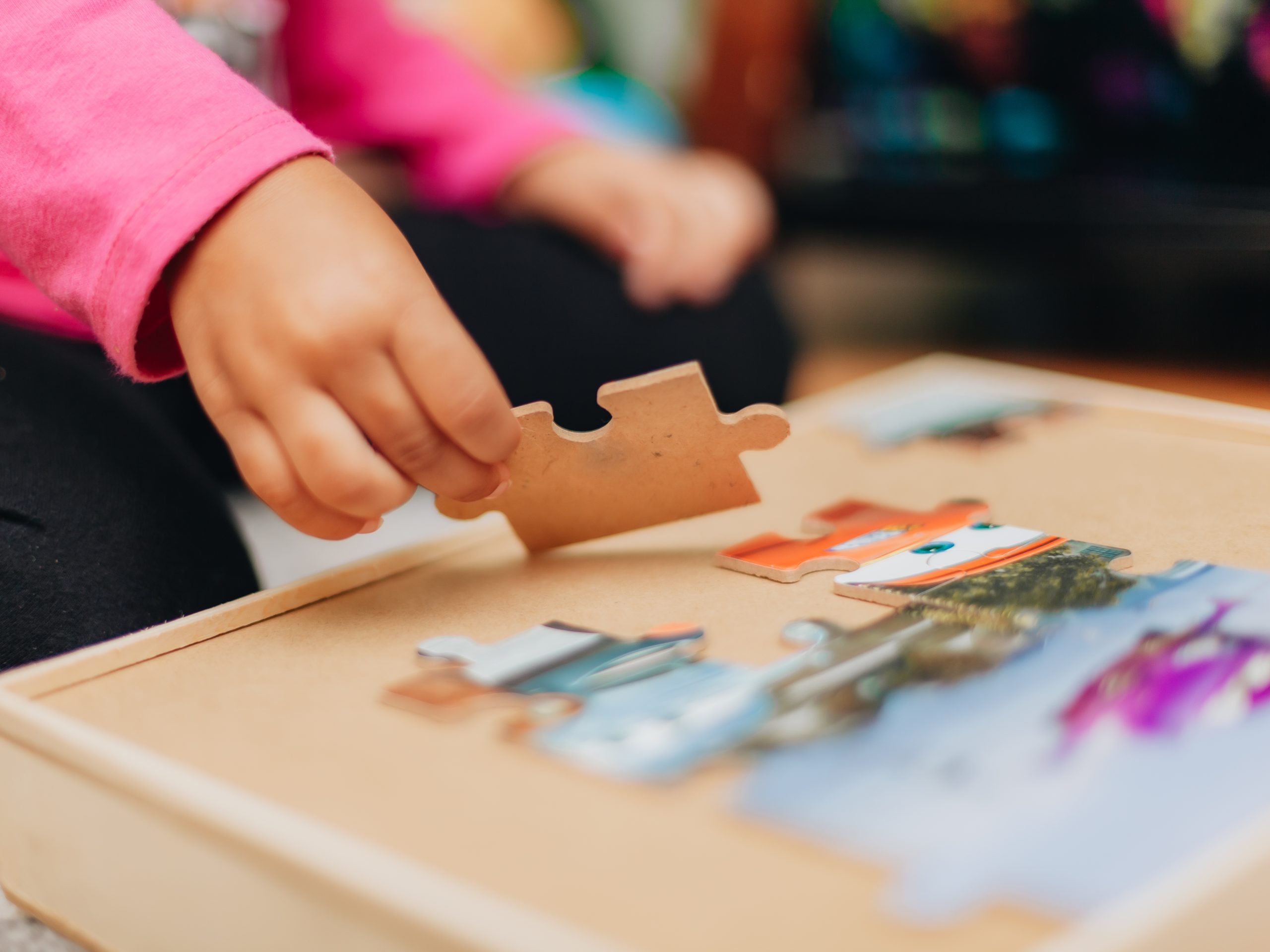 ScanMeHome was inspired by the personal experiences of founders Justin Behnke and Cristina Perez Hesano. Both parents of children on the autism spectrum, Justin and Cristina live with certain challenges that often parents of neurotypical children do not face.  Through their journeys they realized the need for an additional layer of security and peace of mind as both they and their kids learn to navigate the world of a child living with a disability.

Each child on the spectrum is unique and each vary on the challenges they face.  Often these children and adults struggle to verbally communicate with others.  Some may not have the ability to communicate their phone number, home address, or parents’ names. A common fear of parents or caretakers of these loved ones is what happens if their loved one wanders off and as a result, go missing.  If not fully verbal or capable of reciting their contact information, how would these individuals communicate their way home.  The only alternative would be to wait until the authorities locate their loved one or worse, have them be a feature on the five o’clock news.

To Cristina and Justin, this was not enough. Despite our society being technologically advanced, specific demographics have fallen through the cracks, unable to seek help if separated from their caregivers.

After the COVID-19 pandemic led to more widespread use of QR codes, Justin realized new acceptance of the tool could be used to connect loved ones to their parents or caregivers if separated. After all, the majority of people now carry a cellular phone. A lost child or adult could have their own personal code that would help get them home.

Unfortunately, many traditional methods of providing identifying information can be impractical for neurodivergent individuals—bracelets, necklaces, or hats might be uncomfortable for those with sensory processing issues. Even those without sensitivities could simply lose those items.

Knowing this firsthand, Justin developed the ScanMeHome tag to be directly ironed onto clothing. Discreet enough not to distract or bother the wearer but obvious enough to direct people to the QR Code if it becomes necessary, the tag can be attached to existing clothing for comfort and security. 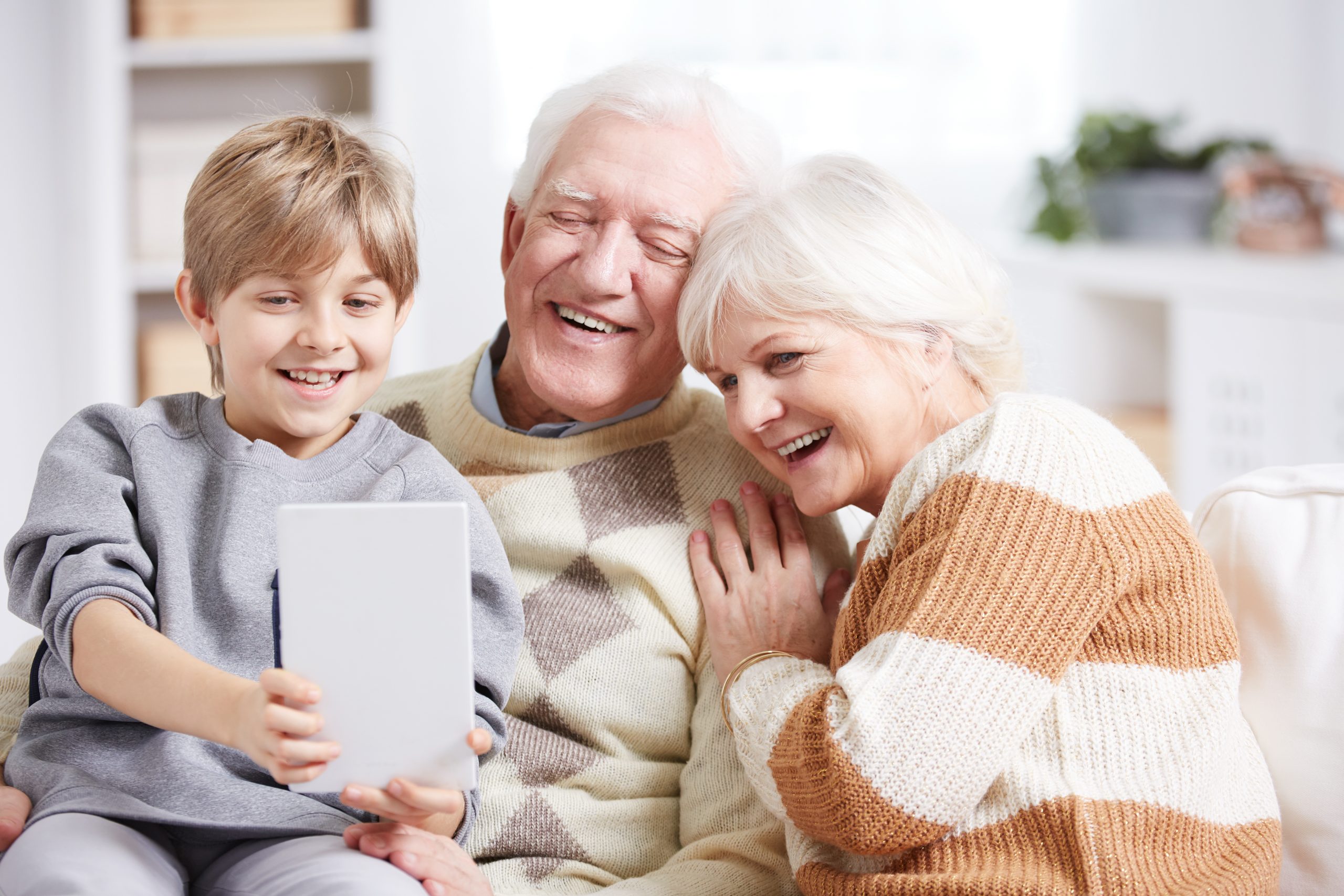 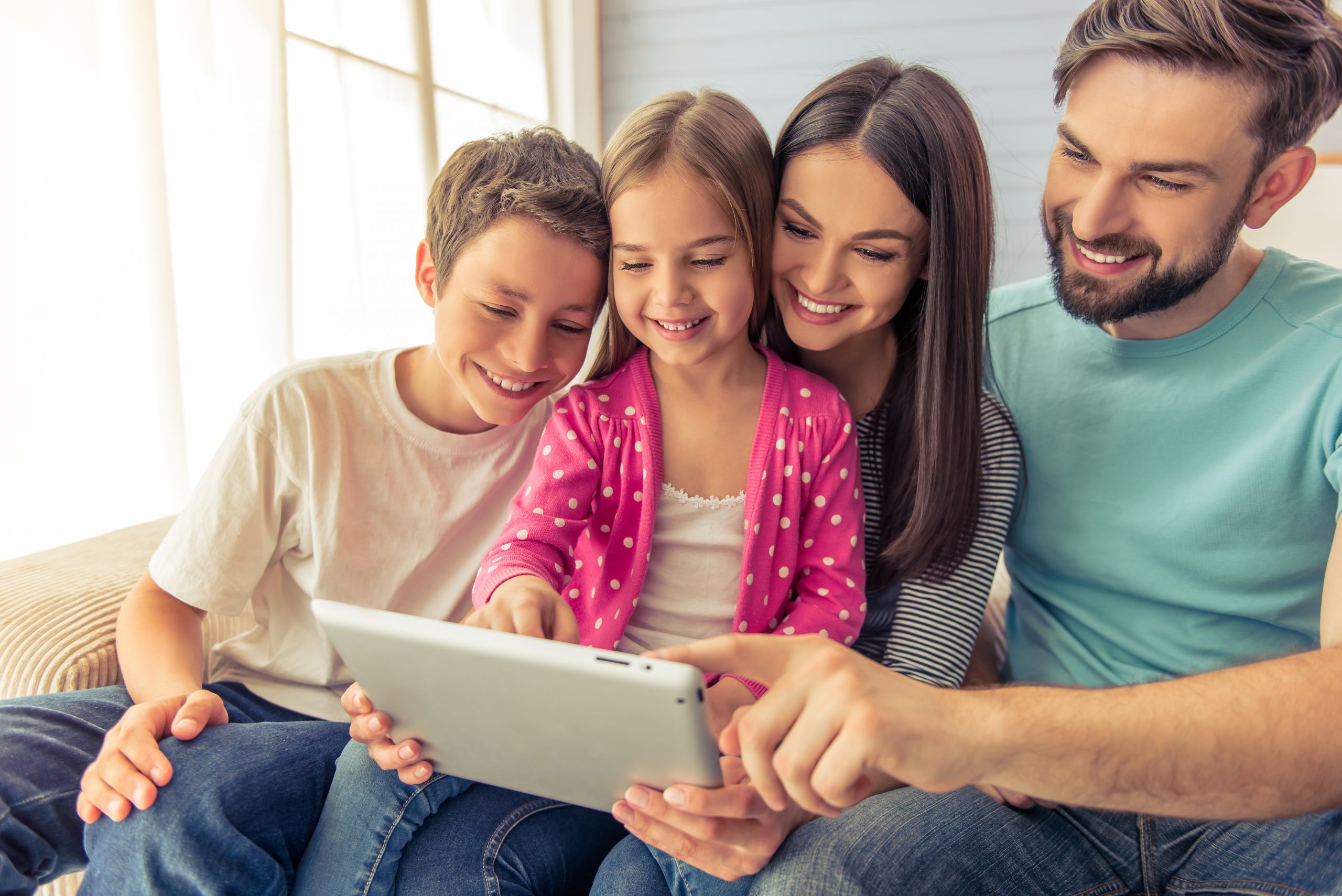 With the creation of ScanMeHome, founders Justin and Cristina hoped to create a system that would provide reassurance to a segment of the population often left adrift. Families of those with special needs or unique conditions are dedicated to supporting and caring for their loved ones, but they can’t do everything themselves. What’s more, many of them must work, meaning they can’t be present 24/7 to protect and supervise.

ScanMeHome isn’t the be-all, end-all solution, but it can help alleviate some of the fears for this underserved community. In addition, it can help raise awareness about the challenges faced by kids and adults with special needs and the people who care for them.

Jaxon is “a superhuman” according to his dad. Energetic and in tune with his body in a way that constantly impresses Justin, he is nonverbal, on the autism spectrum, and has 22q. Jaxon’s excitement at things he loves often takes over, prompting him to run toward anything that catches his attention.

When Jaxon became old enough to attend school and go on field trips, the reality of his communication challenges hit Justin. If Jaxon were to be separated from his classmates, he has no way to talk to someone to help him get home.

Although there are many official steps parents can take to ensure their child is cared for under certain circumstances, such as one-to-one care or a day treatment facility, Justin realized there was a glaring lack of safety measures for Jaxon in everyday life.

Justin had experienced on several occasions how easily Jaxon can slip away. The glimpse of a Stanley Steemer truck he recognizes from the commercials or arriving at Target, one of his favorite stores, could cause him to run without a thought. The brief loss of him at a water park also made Justin afraid of what could happen—Jaxon abandoned the slide for the wave pool, and Justin spent several panicked minutes trying to locate him.

The day he had a final phone call to qualify for ALTCS, Justin hung up the phone and realized how simple the solution was. Having come from the worlds of business and e-commerce, he knew exactly what to do: build a website, add a QR code-generator, create an iron-on tag, and put it on Jaxon’s clothes.

Seven days later, the site was live, processing transactions and mailing out QR codes to the first members of the ScanMeHome community. The first tags were printed off the web developer’s home printer.

From the beginning Justin was committed to hosting and maintaining the site for Jaxon. Even if no one else used the technology, he knew he would keep it operating for the peace of mind it provides him.

And that is what matters—peace of mind. At the end of the day, ScanMeHome is an extra precaution that can provide neurodivergent, disabled, and senior individuals with a chance to be found. 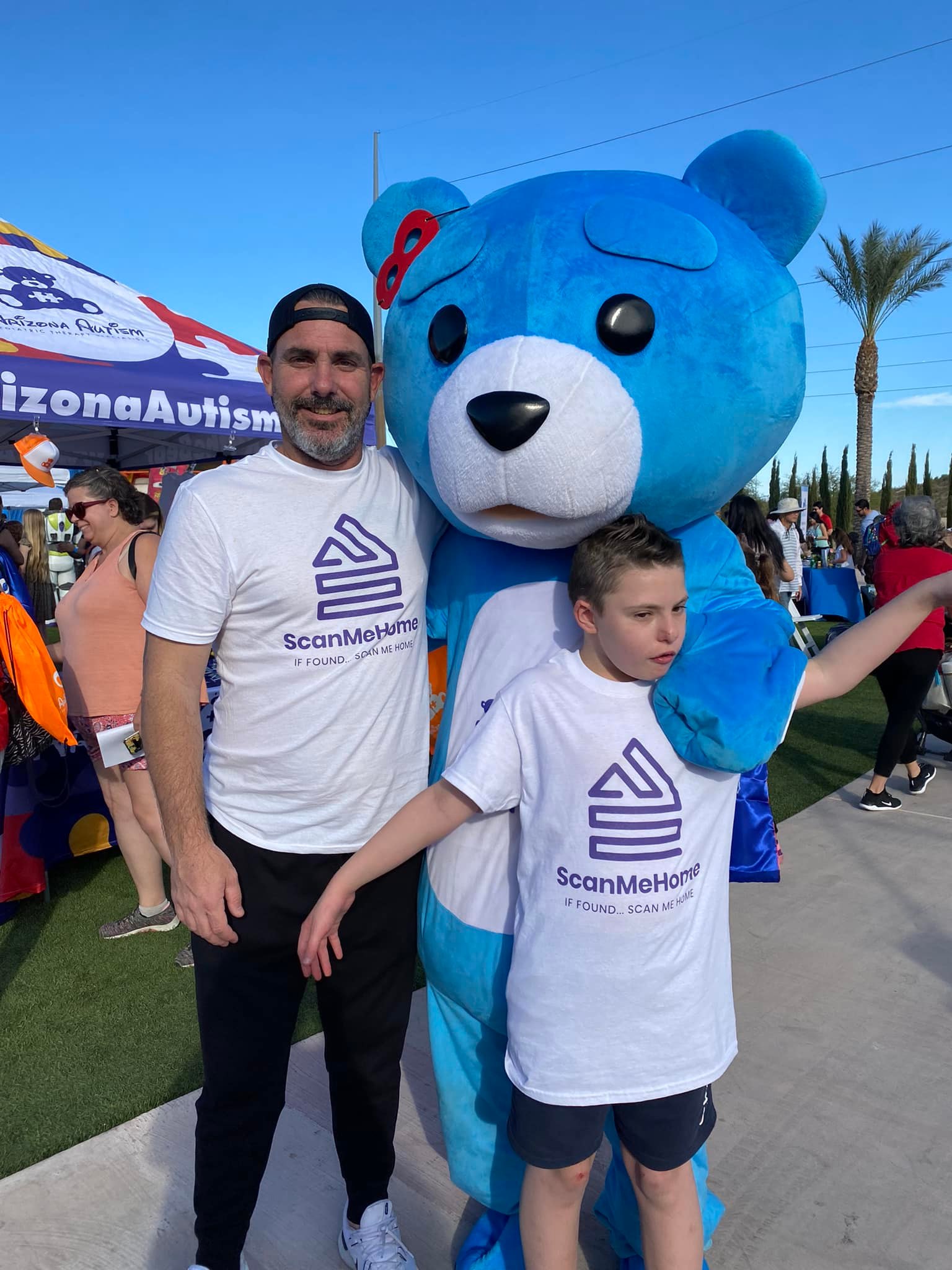 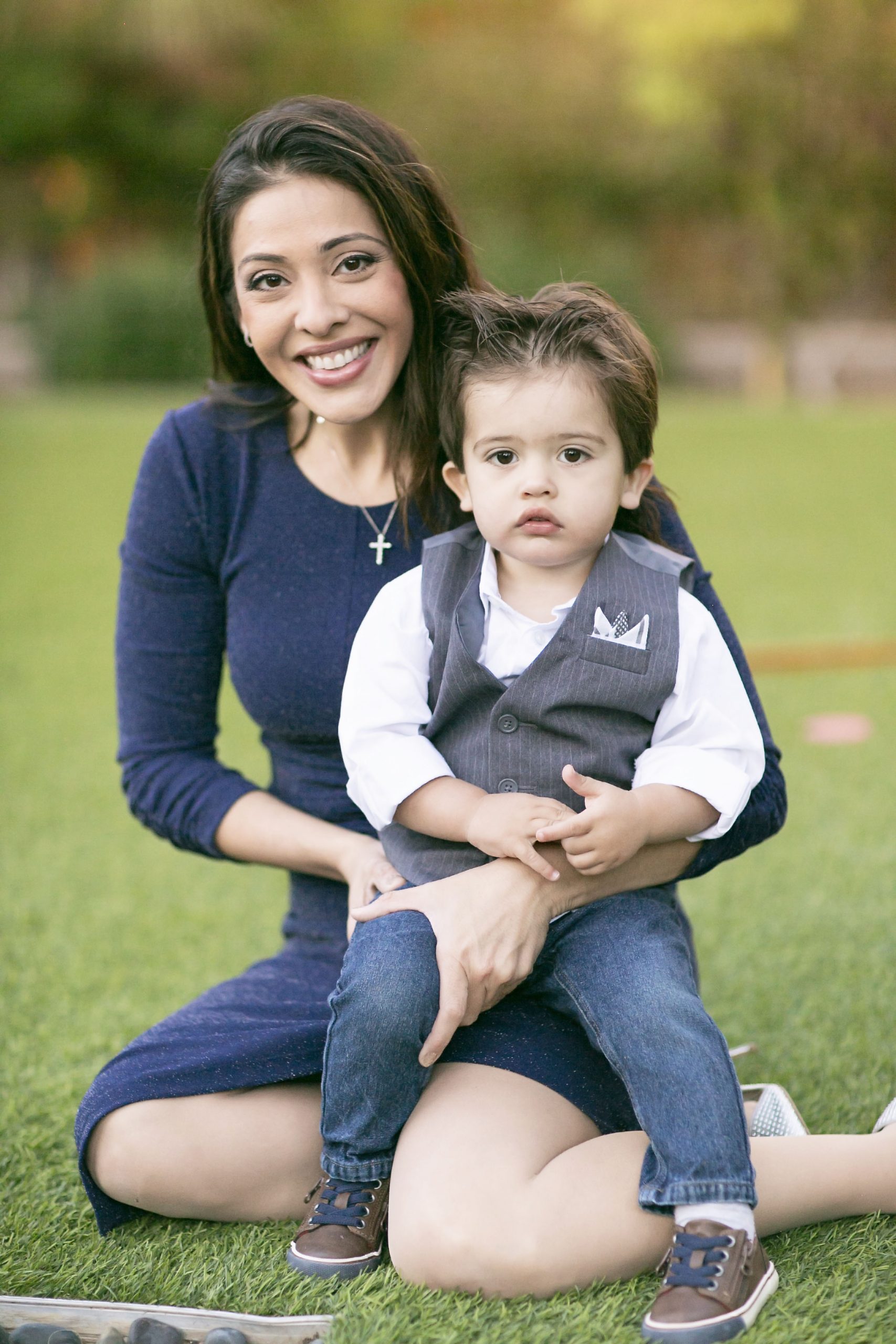 Enzo is a determined, energetic and bright little boy who can excitedly tell you the names of planets and has a love for dinosaurs. He is also on the autism spectrum and was diagnosed before his third birthday. With the ongoing help of therapists, he is showing improvement on his verbal abilities but is unable to communicate substantive language, including his address or his parents’ names. If lost, he would not be able to find his way home.

For Cristina, this consistent fear was made a reality one day when she received a call at work informing her that Enzo had walked out of the house. Someone left the back door open, and the side gate unlocked. Fearless Enzo walked down the block, while his caretaker had no idea he was gone. Fortunately, a neighbor a few doors down recognized him and returned him home, but Cristina realized how quickly and easily such a scenario could happen.

She had known Justin for several years, and he had been especially helpful in providing tips and advice as Enzo went through the process of receiving his formal diagnosis. One day, Justin contacted her to tell her about his idea. Intrigued but with the healthy skepticism that comes with being a lawyer, she decided to hear him out.

What followed was a Shark Tank-style meeting where Justin pitched ScanMeHome to Cristina. She probed and asked questions, wanting to ensure he had thought of the pros and cons of implementing this ambitious idea and starting this business. However, she immediately saw it as an effective and simple solution to a problem faced by many families. She also saw it as the extra security she had been desperately seeking for Enzo.

Hearing Justin’s passion for the product, she quickly recognized that they both shared the same passion for the safety of their children, and that there was a need in the community.  Cristina quickly saw that ScanMeHome could also be used for young neurotypical children, like her daughter Eva, as well as any vulnerable adult, such as those suffering from dementia or Alzheimer’s.

Not long after he left the meeting, Cristina texted him that she wanted to become involved in the project.  She wanted to make a difference in the community, help Enzo and help other parents in the same situation.

Even more than a product, Cristina loves that ScanMeHome is a community, providing much-needed support to parents and caregivers who are already pouring their time and effort into supporting the special individuals in their lives. She is also passionate about partnering with charities and 501(c)(3) companies to reach the people who would benefit most from the product, such as Arizona Autism and MeHug.

As a working mom who leads a busy life with a full legal practice, Cristina knows only too well how stressful it is to not be able to be with her son all day. Like Justin, knowing Enzo is equipped with a QR code as a security measure means the world to her. “Working moms lead busy lives. It gives me peace of mind that if someone finds him, they’ll scan him home.”